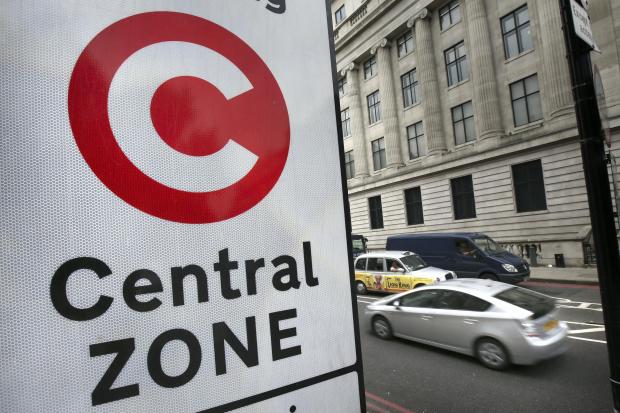 The congestion charge will likely remain at £15 for at least a year and could be made permanent, according to reports.

Transport for London bumped up the levy from £11.50, extending it to evenings and weekends, as part of the first bailout agreement with Government in May.

While the changes were initially intended to be temporary, TfL’s budget for the next financial year assumes the hike will remain in place, the Standard reports, although a consultation and formal decision by the Mayor will be required on the issue.

Heidi Alexander, the deputy mayor for transport, said: “In the TfL budget, the planning assumption is that the temporary changes to the congestion charge would remain in place for the whole of the financial year 2021-22.”

TfL’s finances have been severely hit by the drop in travel caused by the coronavirus pandemic and there are fears that it could takes years for passenger numbers to return to pre-pandemic levels.

Simon Kilonback, TfL chief financial officer, reportedly said: “On our current modelling, we get back to pre-pandemic levels by the end of the 2020s.

“None of us know what is going to happen. We have other scenarios that would see demand return much more quickly, as it did after the global financial crisis in 2008/9, where it took about 18 months to get back to 100 per cent of demand.

“[We have] other scenarios in which there are significant changes in the way people use the city, which would see different transport patterns.

TfL will reportedly use the income generated to continue funding free travel for under 18s and over 60s, after Government withdrew support for both.

Additional funding will also be brought in from the expansion of the ultra-low emission zone (Ulez) to the north and south circular roads in October 2021.

The capital’s transport body came to an agreement with the Government last month that will enable it to continue operating services until the end of March 2021.

The exact amount of money involved is subject to passenger revenue in the coming months.

City Hall said current passenger revenue projections mean the bailout is worth around £1.8 billion in grants and borrowing.

TfL will carry out cost savings to make up a remaining £160 million “gap” based on its forecasts.