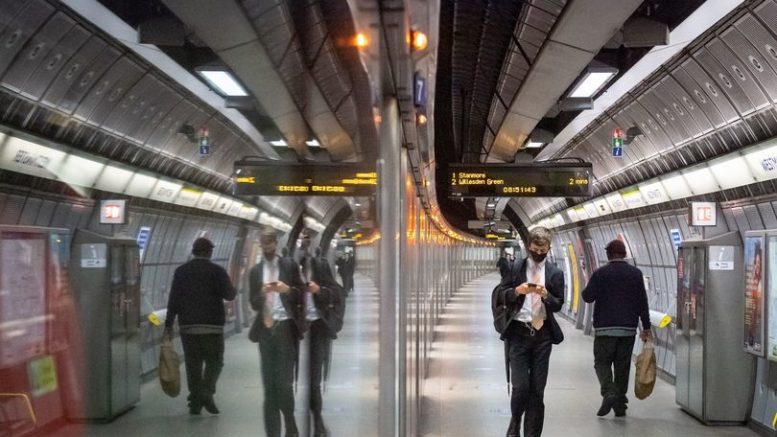 Sadiq Khan has claimed he has managed to “kill of the very worst ill-advised and draconian measures” threatened by the Government after Transport for London (TfL) secured a £1.8 billion bailout over the weekend.

The previously proposed bailout reportedly offered by the Government had included a number of measures such as extending the Congestion Charge Zone, scrapping free travel for older and younger Londoners and raising fares.

But Sadiq Khan said he is now “determined” that none of this will now happen.

The London mayor said it is “not a perfect deal”, but insisted he “fought hard to get to the best possible place.”

Transport Secretary Grant Shapps has described the agreement as “fair to taxpayers across the country”.

The bailout comes after TfL’s finances have taken a severe hit from the collapse in fare revenue during the coronavirus pandemic, and secures the running of public transport in the capital until March 2021.

Last month Boris Johnson claimed TfL was “effectively bankrupted” before the virus crisis, and proposals to hike charges were “entirely the responsibility” of Mr Khan.

Mr Shapps said: “Just as we’ve done for the national rail operators, we’ll make up the fare income which TfL is losing due to Covid.

“Londoners making essential trips will continue to be able to use Tubes, buses, and other TfL services, thanks to this Government funding.”

He added discussions will continue over the coming months to achieve a “long-term settlement”, which will include London being given “more control over key taxes so it can pay more costs of the transport network itself”.

Mr Khan said the Government had wanted TfL to introduce a series of “ill-advised and draconian” measures in return for the financial package.

The extension to the congestion charge zone and fare concessions are confirmed to not be included in the new deal.

However, it is City Hall which will now pay for concessions for over 60s and under 18s, not the Government, which could mean in future council tax for Londonders.

“I am pleased that we have succeeded in killing off the very worst Government proposals.

“The only reason TfL needs Government support is because almost all our fares income has dried up since March as Londoners have done the right thing.”

The exact amount of money involved in the package is subject to passenger revenue in the coming months, but is expected to reach around £1.8 billion in grants and loans.

TfL will carry out cost savings to make up a remaining £160 million “gap” based on its forecasts.

Also responding, Child Poverty Action Group and Age UK London said: “This is a fantastic victory for young and older Londoners, who made a powerful case for why holding on to free travel is so important.

“It’s right that children can get to school safely, and older people and families don’t have to worry about additional costs at this time of great financial uncertainty.

Local London Assembly Member, Len Duvall AM, said: “By successfully putting pressure on the Government to drop the worst of their planned conditions, City Hall has secured a victory for London. With talks going right up to the wire, I am glad the Government finally saw sense in the face of intense opposition from the Mayor, Assembly Members, Londoners and business leaders, and dropped their proposals to extend the congestion charge.

“While we know that older Londoners will travel responsibly and only make essential journeys when the new measures come into force on Thursday, we remain concerned that the morning suspension of the 60+oyster card and Freedom Pass will financially hit those who have to travel at that time, such as key workers.

A man has been sentenced to jail time after he violently beat his own mother in Erith, imprisoning her in her home over several hours until he fell asleep. This Is Local London | News…

Here you will find the latest travel information for your morning travels. This Is Local London | News…

The rate of infection is falling in 31 London boroughs as the capital prepares to emerge from lockdown and into Tier 2 restrictions. This Is Local London | News…

Almost 700 galleries, theatres, cultural institutions and sector workers have applied for help from the Mayor of London during the coronavirus pandemic. This Is Local London | News…

TWO people have been found guilty of causing grievous bodily harm by beating a man with a baseball bat in Uxbridge. This Is Local London | News…