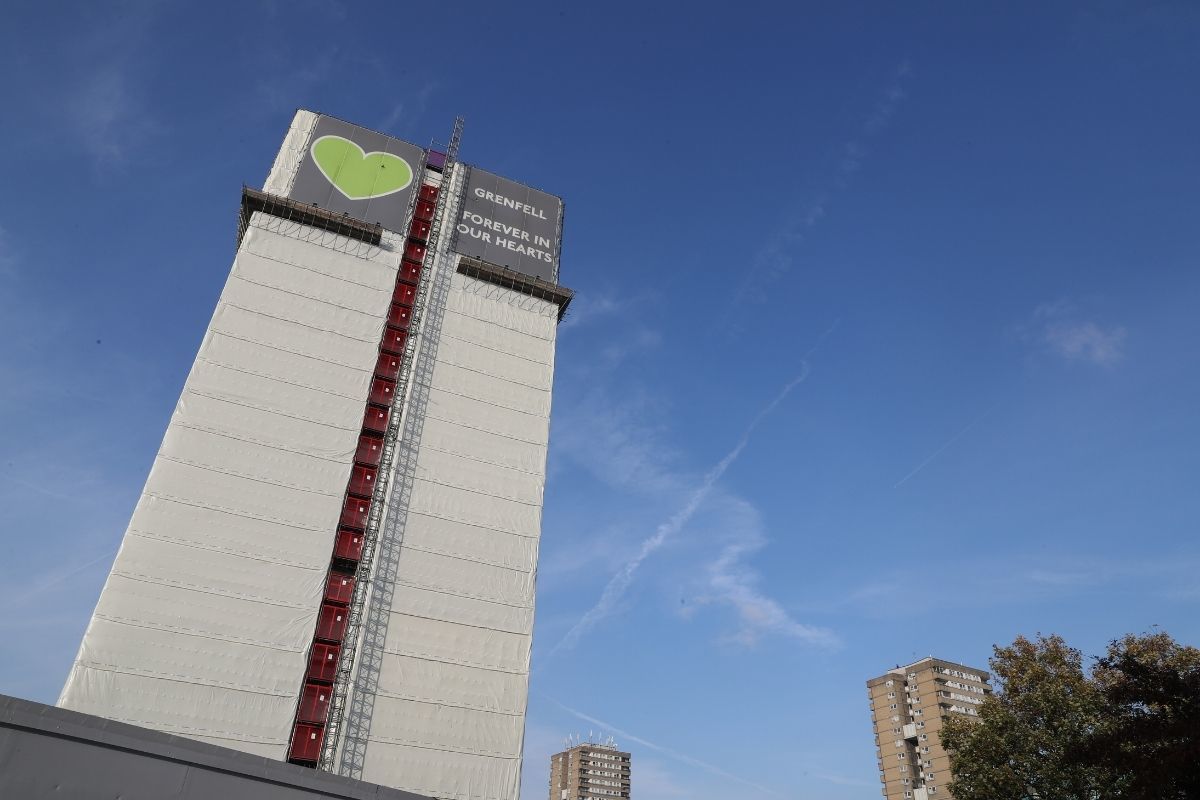 London today marks four years since the Grenfell Tower fire as Mayor of London Sadiq Khan says that “we must ensure nothing like this ever happens again”.

On June 14, 2017, 72 people were killed when a fire engulfed the 24-storey residential building in west London.

Although it brought to light the issue of flammable cladding and other fire safety defects in tall buildings, thousands of Londoners remain trapped in unsafe homes four years on.

As London remembers the victims of the tragedy today, Sadiq Khan has said that “we owe it to the people who died, to the survivors and the entire community to ensure that nothing like this ever happens again”.

Mr Khan said: “London will never forget the tragic events of 14 June 2017, when 72 people lost their lives in the Grenfell Tower fire. Four years on from this national tragedy, my thoughts remain with bereaved families, survivors and residents as they remember their loved ones.

“While dealing with their own grief and recovery, the Grenfell community have been unwavering in their dignity and strength, continuing to campaign and fight for justice and public safety. As Mayor of this city, I stand with them and I will continue to be relentless in holding those responsible to account, doing everything in my power to ensure all Londoners feel safe in their homes.”

Last week, the London Assembly unanimously passed a motion calling on the Government to review the Building Safety Bill to protect leaseholders and tenants from the financial burden of having fire safety defects remediated.

Around 870 buildings in London currently have simultaneous evacuation orders in place and require waking watches due to fire safety defects, while more than half of all buildings in London with ACM cladding, the kind found on Grenfell Tower, are yet to have it removed.

Earlier this year, the Government announced a £3.5 billion fund to have cladding removed from buildings over 18 metres tall, but with the London Assembly having found that fire safety defects in buildings below 18 metres are “widespread”, many Londoners are left to bear the financial cost of having the work carried out.

Memorial services will take place online today to remember the 72 people who died in the Grenfell fire four years ago, while buildings and landmarks in London will be lit up green, the colour adopted by Grenfell campaigners.

A “violent, self-obsessed” steroid user murdered his girlfriend by stabbing her in the neck, a court has heard. This Is Local London | News…

A murder trial for the young woman found stabbed to death in a Holiday Inn in Greenwich is set to begin on Wednesday, October 20. This Is Local London | News…

A child was rushed to hospital after being struck by a car on a Bromley street. This Is Local London | News…

There has been a crash on the M25 at Dartford Tunnel – live updates here. This Is Local London | News…

There have been severe delays on the M25 throughout the night and into this morning – as a “police investigation” is now underway. This Is Local London | News…