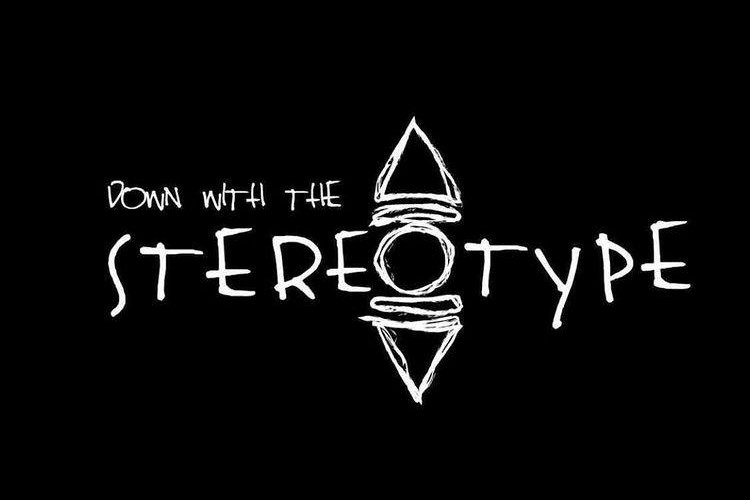 Down With The Stereotype are a rock band from west London, composed of brother/sister duo Will (bass) and Amber (vocals and guitar) and drummer Luke. Winners of The Basement Door’s Battle of the Bands, and the opportunity to play on the main stage at High Tide Festival and record with Morgan Nicholls, keyboardist with Muse, I spoke to the band after one of their practices to find out more about the group.

When did the band form?

Amber: I was in year eight, so I was about twelve, thirteen?

Will: I started it in year eight actually, but you [Amber] joined when I was in year nine…

A: …with another drummer of course…

A: We were with our previous drummer for about four years and then she left because she couldn’t do it alongside everything else, basically, it was just a bit too much. And because Will knew Luke, he brought him over…

W: …he just showed up really!

L: …invited myself in!

W: We asked him to leave so many times!

L: (Laughing) I just kept showing up and now I’m in the band! Perseverance is key.

L: Those two intense weeks helped me fit into the band quickly, I think.

What inspired the band name?

A: We didn’t actually know what to name our band, so we had like three names. It was like “Stereotype”, “The Others” or…I literally don’t remember what the other one was…

Tell me a bit about your musical backgrounds.

A: I’ve been singing basically all my life, ever since I can remember. I started playing guitar in year seven, acoustic for a year, and then moved to electric in year eight. So I’ve been playing, what, four, five years?

W: I’ve been playing for about six, six and a half? I play in jazz bands at school as well; I feel like that really helps my playing. I’ve been in other bands but this is the one that I’ve really focussed on and written the most music for.

A: It’s my favourite one.

L: I started drumming on my fourteenth birthday, so four years now. It started just as this thing called Rock Project, where for the first hour you learn your part on your instrument, second hour you play it with a band. I went with two of my friends for about two years, then music college, the ACM in Guildford, and I just do all sorts there, every music genre I can.

Who are some of your influences?

L: The main one for me is Linkin Park and also Night Verses, they’re the top two. And Aric Improta.

A: I think what really shaped me earlier on was Red Hot Chilli Peppers. In just the way of the guitar, that really gripped me.

W: Yeah for me in the Red Hot Chilli Peppers it was Flea, Flea was so cool

L: Chad Smith definitely had a massive impact on my drumming.

How often do you practise?

A: Every week, basically. We try to. If there’s a gig coming up, it’s usually two or three times a week, maybe, but if not then yeah once every week.

How did you find practising during lockdown? What problems did that present and how did you overcome them?

A: And then we got better, which was quite funny, because we all improved by ourselves and then came back.

W: We all got better but also what we did was we recorded ourselves playing songs and got our old drummer to edit them. That was really good.

A: Oh yes, that was pretty good as well. And over lockdown I went past two music grades, so again, just all of us improving while we were away.

Tell me about the Battle of the Bands you won. What was the experience like?

A: We were terrified.

W: Yeah we were so nervous.

A: Will’s never really nervous before a gig anyway, so the fact that he was freaking out was not helpful, at all! It’s kind of funny because every time we do a gig we always go to Subway before, and all I can really eat there [being vegetarian and gluten free] are those [hot] nachos, and it was not a good idea because my mouth was burning and it made me even more stressed because I thought…I mean, my insides were burning and I thought “oh no”! It was very stressful because we had to stay in this room…

W: …we chilled in this room for about three hours…

A: …because we were on something like second to last. Yeah, very stressful but honestly such an awesome experience.

What gigs do you have coming up/planned for the future?

W: Another band, Vanilla Humans, also asked us to play with them in January.

Where do you see the band in five years?

W: I want to record an album.

A: Me too. I want to have an album done, and I want to be playing more, like I love playing, especially when there’s no school. I kind of just want to do it 24/7, because I find it quite difficult, like today, to play when there’s so many things on my mind. It stresses me out, but if I don’t have that I will literally just play everyday. I also want to be touring, though I don’t know if in five years.

W: Yeah for sure. That’d be really cool. Signing would be cool.

A: I would love that so much.

W: I think we should send in the EP to record companies and see what happens.

You can find the band on all major platforms, including Spotify and Amazon Music, as well as on Instagram @downwiththestereotype.

A murder investigation has been launched after a woman who was found seriously injured has now died. This Is Local London | News…

An 84-year-old Italian man with dementia has gone missing in Greenwich during a holiday in the UK. This Is Local London | News…

A disabled woman in Sydenham has said she is “living in a nightmare” after staying in “unsafe” social housing for over two years. This Is Local London | News…

This £1.5million house in Greenwich is one of the most unique homes for sale on Zoopla right now. This Is Local London | News…

The Space Man singer is touring the UK and you can get tickets. This Is Local London | News…