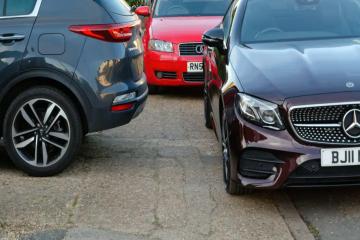 Driving on its own can cause plenty of issues, especially with regards to where to park your car and what the unwritten community rules are surrounding them.

Depending on what your street looks like it, it could be very easy for someone to park outside your house, robbing you of what would be your usual space.

The legality of whenever you can claim a spot on a road without dropped kerbs may be another conundrum entirely though.

READ MORE: Mum’s fury as driver parks in her spot outside flat

We’ve looked into whether there is actually a rule against this or not, as well as all the places you definitely cannot park your car.

Is being parked outside someone else’s home actually illegal? (PA)

Places where you can’t park your car

According to the RAC (Royal Automobile Club) website, there are 18 places you should not park a vehicle, which is:

Is it illegal for someone to park outside my house?

According to the RAC it is legal to park outside someone’s house, unless the vehicle is blocking a driveway or a wheel is over a dropped kerb.

Other situations in which parking isn’t permitted include streets governed by residents’ parking permits or any of the restrictions outlined above, i.e. double yellow lines.

READ MORE: Pavement parking called to be banned due to its ‘discriminatory’ impact

There is also a stipulation for parking reserved for vehicles named, which is when parking is reserved for a specific type of vehicle or user.

You’ll be able to identify it because the bay will be marked by a dotted line, with their name painted on the road.

Is it illegal for someone to park on my driveway?

If a vehicle is parked on your driveway without permission, it is classed as trespassing.

However, it should be mentioned that this is a civil, not a criminal offence, and therefore police will view it as such and drop it down their list of priorities.

This also means that as your driveway is private property, the council is also less likely to react, especially if the vehicle is taxed, insured and has a valid MOT.

As a result, it doesn’t leave homeowners with many options aside from court proceedings or having the vehicle towed.

One of London’s most iconic buildings is set to dazzle the capital with a brand new light show this Christmas. This Is Local London | News…

A Brent leisure centre has joined a campaign to aiming to keep a million pairs of trainers out of landfill. This Is Local London | News…

There are lots of issues surrounding where exactly you are allowed to park your car. This Is Local London | News…

The Royal Mint has unveiled the first official coin effigy of King Charles III following the death of his mother, Queen Elizabeth II. This Is Local London | News…