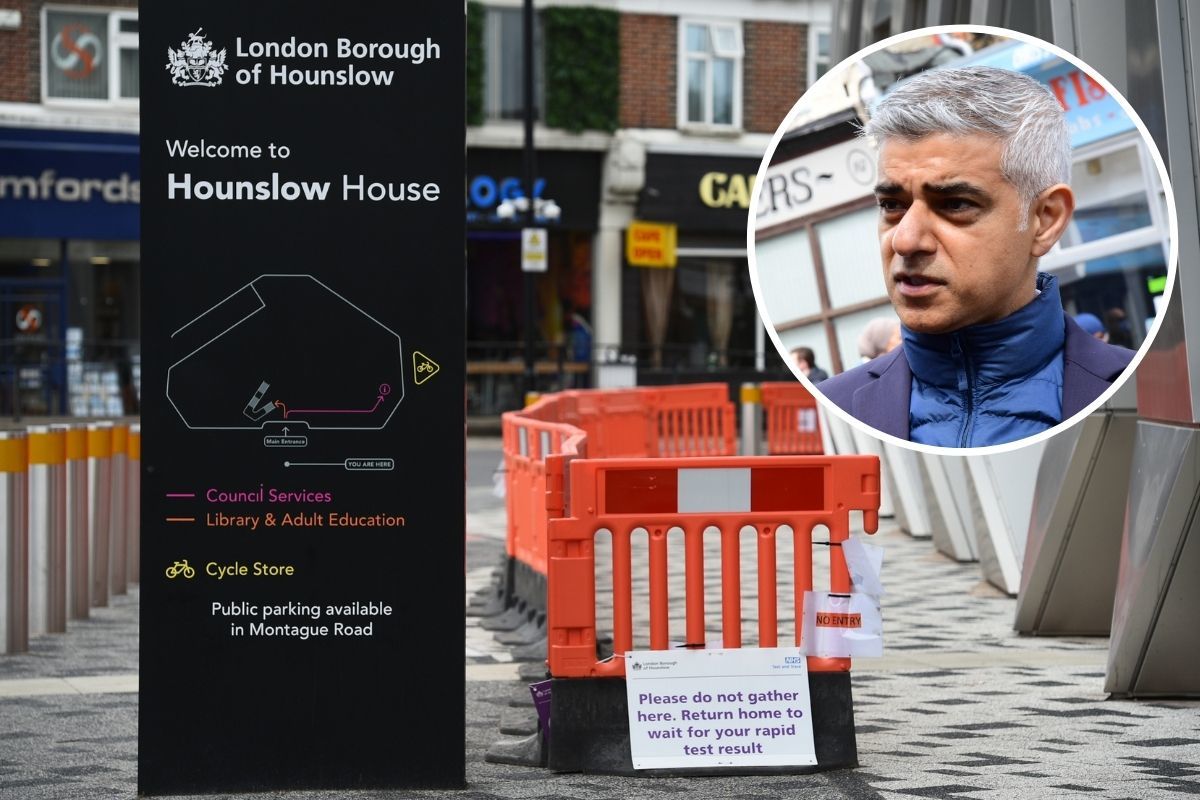 Sadiq Khan has called on the Government to provide “clarity” over its guidance to people living in areas affected by the “Indian variant” of Covid-19.

It was revealed this week that the Government had updated its advice on areas affected by the variant of concern, including Hounslow in west London, warning against “all but essential travel” to or from the areas.

But the changes in the advice were not announced publicly and local leaders across the UK have stressed that they were not warned in advance.

Hounslow Council has now clarified that there are no restrictions on travel to or from the borough following confirmation from Government officials, prompting further confusion.

Today, the Mayor of London met with the Minister for Vaccine Deployment Nadhim Zahawi to call on the Government to clarify its advice as well as to urge it to provide further support for people living in Hounslow.

Mr Khan said: “This morning I met with Vaccines Minister Nadhim Zahawi alongside mayors from across the country. I raised the need for clarity on the Government’s guidance and support for those living and working in Hounslow, and also the impact of new guidance on Heathrow airport.

“In order to prevent the further spread of the virus, including variants of concerns, clear and timely communication with local leaders and public health officials is crucial. I’m pleased that the Minister agreed to take these concerns back to Government.

“The Government advises that where possible everyone should avoid travelling in and out of the area unless it is essential, that those in Hounslow should continue to work from home, should meet others outside rather than inside where possible and keep two metres apart from anyone not in your household or support bubble.”

The borough of Hounslow currently has the highest rate of Covid infections in London, and it is thought that the Indian variant of concern is now the dominant strain in the borough.

Over the weekend, the Government announced that surge testing for the variant would begin in neighbouring boroughs Ealing and Hillingdon, as well as in Harrow and Brent.

While the vaccinations are being sped up in the eight affected areas, with second dose appointments being brought forwards for the most vulnerable, Sadiq Khan has urged the Government to expand the vaccination programme to younger age groups in places affected by the more transmissible variant.

A murder investigation has been launched after the search for a missing person ended with a body being discovered in south east London. This Is Local London | News…

The head of a south London church has denied fraud after allegedly selling “plague protection kits” as a bogus cure for Covid-19. This Is Local London | News…

A new map has revealed where a number of 9/11’s UK victims were from, highl This Is Local London | News…

A person was rushed to hospital after a police chase reportedly ended in a multi-car crash on Bromley Common. This Is Local London | News…

There is a “severe” threat of disruption to more than 1,500 convenience stores in London and the south east after a group of HGV drivers in Thamesmead voted unanimously for strike action. This Is Local London | News…