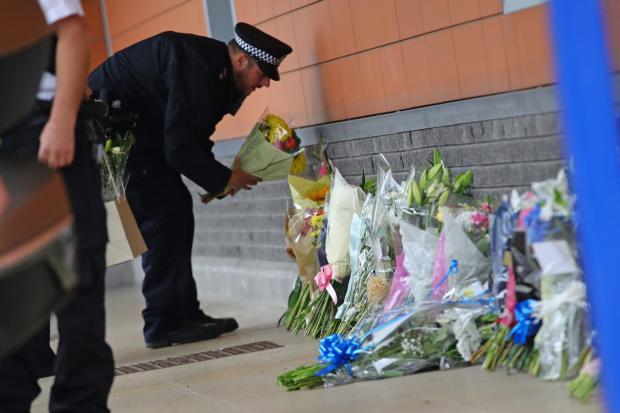 TRIBUTES have been paid to a Worthing rugby coach and long-serving police officer shot dead in south London.

Sgt Matiu Ratana, 54, was two months away from retirement when he was shot in the chest in Croydon custody centre on Friday.

Sgt Ratana served as Head Coach for the Worthing Azurians and Knights until 2017.

He was a highly experienced rugby union coach, leading teams near to where he was lived in Goring-by-Sea, and, until his death, East Grinstead.

Known as Matt to his family and friends, Sgt Ratana, who was originally from New Zealand, joined the force in 1991.

He died in hospital after the 23-year-old gunman opened fire at Croydon Custody Centre in south London in the early hours of Friday.

The suspect, who had been arrested for possession of Class B drugs with intent to supply and possession of ammunition, also shot himself during the incident at about 2.15am and is in a critical but stable condition in hospital.

No police firearms were fired and the case is not being treated as terror-related.

A murder probe has been launched and investigators from the Independent Office for Police Conduct (IOPC) watchdog are at the scene.

The suspect was arrested by regular officers following a stop and search, then handcuffed behind his back before being taken to the station in a police vehicle.

The IOPC said he was taken into the building and sat in a holding area in the custody suite, then opened fire while still in handcuffs as officers prepared to search him with a metal detector.

“A non-police issue firearm, which appears to be a revolver, has been recovered from the scene. Further ballistic work will be required.”

Met Commissioner Dame Cressida Dick, who with the Mayor of London, Sadiq Khan, earlier led police officers across the capital in a minute’s silence, described the officer as a “talented police officer”.

He was “big in stature, big in heart, friendly, capable, a lovely man and highly respected by his colleagues”, and leaves behind a partner and adult son, Dame Cressida Dick said.

More as we have it.