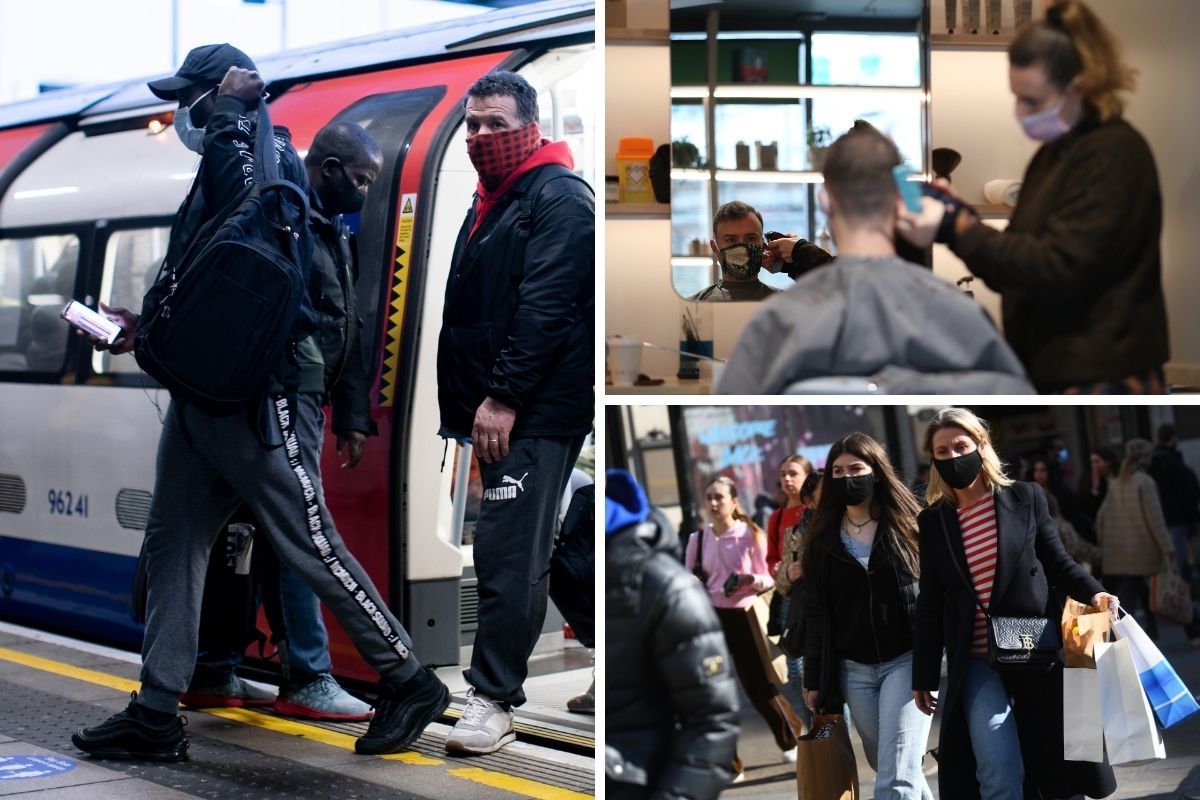 The number of passengers using Tube and bus services in London rose this morning as lockdown restrictions eased, initial data has revealed.

TfL has said that as of 10am this morning, the number of passengers making journeys on the Tube rose by 18 per cent from last week, while bus journeys rose by 15 per cent.

There was also a significant increase in passengers using stations near major shopping centres such as Oxford Street or Stratford.

It comes as non-essential businesses such as shops, pubs, gyms and hairdressers opened their doors this morning for the first time since January.

The figures will come as welcome news to business leaders across the capital, who today launched a campaign to encourage the public to “rekindle their love of London”.

The Central London Alliance, which comprises of various business groups including the London Chamber of Commerce and Industry, today launched the “London Love Affair” campaign that aims to attract visitors back to central London to boost the economy.

Central London’s economy was hit by a £5.4 billion drop in spending from domestic tourists and commuters last year according to City Hall estimates, with a further £7.4 billion drop from international tourist spending.

Richard Burge, chief executive of the London Chamber, said: “This is an important campaign, not only for London, but also to the UK – as central London is a vital part of both the national and global economy.

“The Central London Alliance and LCCI hope that the campaign brings a boost to businesses, helps to protect the unique economic and cultural ecosystem of central London, and helps encourage safe visits to central London, within the parameters of the government guidance.

“These visits then hopefully become return visits, and we can rebuild consumer confidence alongside safe covid compliance.”

Londoners are expected to spend around £500 million this week as they are welcomed back into businesses for the first time in more than three months, according to estimates.