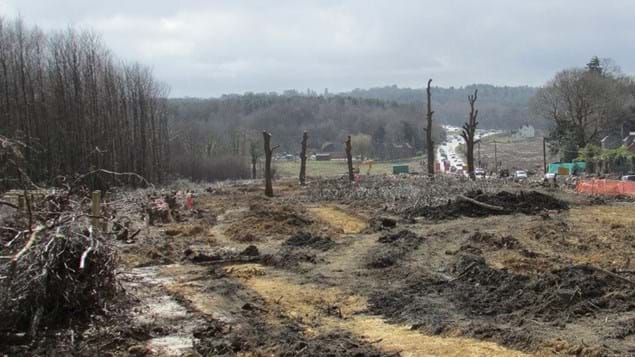 Greenery continues to diminish around the globe. Does it make a huge difference? Why should people care if plants, animals and minuscule microorganisms perish? Rainforests are usually scorching, extremely difficult to visit, insect-filled and puzzling wildlife. Deforestation is the clearance and destruction, or the deliberate removal of trees from an area where it densely populated by trees and plants.  The preponderance of it is currently happening in one of the most famous rainforests in the world, the Amazon.

The provincial-level is where deforestation has the most urgent consequences. With a loss, of green space, the local neighbourhood loses a system of importance, for example, securing a regular flow of decontaminated water which essentially protects the territory from drought and extreme flooding.

Deforestation contributes to the annihilation of animal and plant species uninvitingly to their loss of habitat; we lose wildlife known to us, but also some undiscovered breeds. Plants also absorb a greenhouse gas called carbon dioxide from the atmosphere and use it in order to produce food in the process of photosynthesis. In response plants release oxygen. Wrecking forests leaves carbon dioxide in the air in addition, remains of crops will also contribute by giving off already stored carbon dioxide as the remains decompose. This will gradually change the climate of that locality. Not only hot climates getting a lot colder it can also be cooler places getting a lot hotter.

To conclude, deforestation is extremely harmful to communities and wildlife around the world. We should avoid causing deforestation by recycling paper and not throwing it away thus in the future we do not need to cut down more trees. In addition, the regional impact it has on the environment is decreasing the amount of oxygen for inhalation also momentarily trees absorb carbon dioxide and produce oxygen which is vital for human beings and wildlife. Recycle your paper and Say No to Deforestation!

A total of seven people have been arrested and five coronavirus fines issued after a police operation across south east London’s transport network over the weekend. This Is Local London | News…