The Conservative candidate for Old Bexley and Sidcup has pledged to quit his job for a financial services firm if elected, having refused to rule out the possibility of continuing last week.

On Friday, Louie French was asked by News Shopper whether he intended to quit his role as a sustainable portfolio manager for Tilney, a financial planning and investment firm which offers advice to private clients and charities in the UK, if he takes the seat on December 2.

During an exclusive interview alongside Boris Johnson, Cllr French, who represents Falconwood & Welling, said: “I’m not a career politician, so I’d have to have a discussion with my company at that point.”

The Conservative candidate has since told News Shopper that he would “not have any second jobs if elected”. 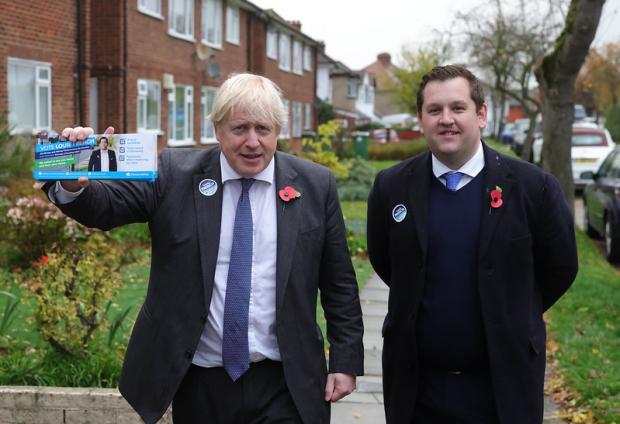 Speaking on Monday, Louie French said: “When I referred to having to have a conversation with my current employer if I were lucky enough to be elected, that would be on leaving my current job.

“To be absolutely clear, if elected as MP for Old Bexley and Sidcup I would step down from my job and not have any second jobs”.

The Labour candidate for the constituency, Daniel Francis, released a video yesterday attacking Cllr French for his initial statement.

Cllr French clarified his position to News Shopper before the video was released.

Daniel Francis, a councillor in Belvedere, said: “Being Old Bexley and Sidcup’s member of Parliament is an honour and it is also incredibly demanding.

“But it’s come to my attention that the Tory candidate has refused to rule out continuing his work for a financial services firm if elected.

“This is not right. The only people MPs should be representing are their constituents and not a financial services company.”

“I promise to you, I will never take a paid a second job while I am your MP.

“I will spend all my time standing up for the people of Old Bexley and Sidcup.”

Louie French previously told News Shopper he would continue in his role as a councillor, unpaid, rather than triggering a costly by-election.

Serious questions have been raised about MPs’ outside interests since the Government attempted to rip up the Commons standards system after former Tory cabinet minister Owen Paterson was suspended for breaking lobbying rules.

The PM insisted the strength of the “local Louie” would ensure voters back the Conservatives on December 2.

The by-election was triggered following the death of James Brokenshire, who died from lung cancer last month.